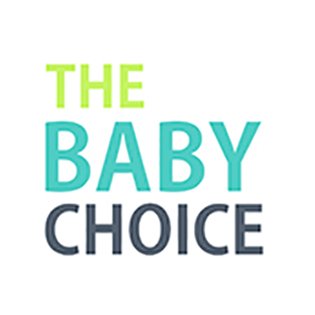 21 Outdoor Family Games with Your Children

You always want your family time to be memorable and creative. For working parents, having this special time with your children does not just give you a break but also give you a sense of happiness. On the other hand, your children would feel more special and loved when you do fun activities with them. Doing this would draw them more near you.

For children, playing outdoor games does not just give them fun but also makes them less likely to develop a condition called nearsighted vision.[1] 20-35 minutes of outdoor games with your children could help in saving their vision.

Today’s technology is amazingly great, which makes children spend more of their time indoors and losing interest in physical activities. When this happens, health issues like obesity and heart disease can occur.[2] But if outdoor games are always considered, a healthy body and mind may be achieved for both parents and children.

After working or studying the whole week, enjoying family time playing games can help you relieve the stress of life. This is because your mind to be refreshed and calm, especially when you see your family members laughing and smiling and enjoying the time with you.

For both parents and children, playing outdoor family games does not just give you a positive attitude but also lets you acquire social skills.[3] When you can communicate with your family and other people where you are spending your day off, you are enhancing your social skills because you tend to be more kids towards other people. Also, for children, their personality is developed when they are learning to be independent while playing outdoors with you. They become more confident and disciplined.

Being able to explore and physically touch new things gives children the chance to learn new words.[4] So, playing outdoors is an opportunity to widen your children’s sensory knowledge.

Children become more creative and appreciative to the nature

Outdoor games can make children more creative because of the beautiful environment that surrounds them. Their imagination can be improved, which can make them more artistic. Additionally, for both parents and children, appreciation for the nature and adventures of life can be felt. It will not just be a parent-children bonding, but it will also be parent-children-nature bonding as you both explore the beauty of nature.

21 Outdoor Family Games with Your Children

Here are 21 outdoor family games which you can consider playing with your children:

This is an exciting game for all ages and if you do not want to use flags, you can use other stuff like surprise eggs, kids’ toys, or anything you have in your home!

This is a popular and conventional game, and everyone can enjoy this simple activity at no cost!

Can you imagine that with just a piece of a handkerchief, you can enjoy this classic game with your children of ages 5 and above? Yes, it is true!

This is a traditional game in the Philippines, and it is an easy game for everyone. All you need is a pebble and piece of chalk when playing on a concrete floor or a stick when you are playing in the sand.

No, this is not the tapping game, but it is a cool game for parents and children, especially the little ones. Without using any stuff, the family can enjoy this game!

This is an amazing sport that can also be played outdoors, like for example when you are at the park or even on your driveway. All you need is a shuttlecock and a rocket.

Almost everyone played this skipping-rope game. It is a fun game, especially when you are jumping as a group. This is an easy game, yet fun for the kids and parents, too.

If you are a family of three, this game is great for you. All you need is a stretchy, oblong rope.

This is a simple “bring me” game where a parent is the one who calls out the things she wants her children to bring to her or things she wants her children to do for her. The good thing is that this game can be played anywhere, but it is challenging when it is played in an unfamiliar area. Since things are not always available in an unfamiliar area; children will have to work harder.

This is a messy but really enjoyable game. This can be included as the last part of your family day! All you need is some goggles and a can of whipped cream!

This game is a great practice for your children who love to play bowling. You can buy a bowling set or you can use plastic or glass bottles, too. An inflatable bowling set can also be bought and used if you prefer so.

This game is all about avoiding the ball being thrown. Even kids of ages 3 can enjoy this game just make sure that the ball you will be using is soft so as not to hurt anyone. You would not want your kids to get a boo-boo this time!

If you have a soccer field near your area, this game is just right for your family because all you need now is a soccer ball.

To play this game, you will need around two or three empty rice sacks. So, before throwing your empty rice sacks, try to save and use them for your next family outdoor game. Interestingly, pillowcases can be used, too!

This is a classic game in the Philippines and it is best played in a wide area as it is all about running and chasing.

This pen and paper game can also be played outdoors using a giant version. You can do it yourself or buy this giant product, too.

Jenga is an intense game when played. Amazingly, it is more exciting to play this game outdoor using a giant one.

Originally, this is an Italian game, but everyone can adapt and play this easy game. This is a great game for a family of four.

For kids who like to play with a water gun, this is an amazing game too. All you need is some plastic cups, string, and a water gun!

Summer or not, this game is a wonderful game for all ages. All you need is some water guns!

Yardzee is a bigger version of Yahtzee and parents and teenagers can enjoy this game. In this game, you will need dices made from wooden blocks.

Things You Need to Consider

Always choose a clear, dangerous free area for the safety of your kids, especially for children age below 7 years old.

Every child has different likes and wants. One may love to play sporty games, while another may be fond of vocabulary games. Depending on your children’s interest, choose the game that best fits their interest as this will make them more enjoy the time you have with them.

The day depends on your schedule but it is important to consider getting some sunshine vitamin as this can be of help in bone growth and muscle development. Also, consider the mood of your children when planning to play outdoors.

Unexpected events may come even when you are enjoying your time with your children, especially the little ones. It is important to consider bringing emergency kits in case there is an occurrence of small accidents.

Share this article to your friends, spouse, family or the world! You never know the positive impact your act will do to the world.

Best Board Games for Young Kids 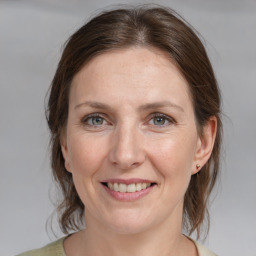 Hi, Diana here. Welcome to my blog and hope you like my sharing. I am a mother of 2 boys, 3 years old and a 1 year old. I dedicate my career in child development research and I focus on parenting tips, positive parenting, educational toys for my babies. Your time here means a lot to me! Diana A. Lucas

As part of the amazon associate program, we earn a small commission at each qualified sales at no additional cost to you.

What is a good first pet for a child?

Co-parenting with a difficult ex

How to get your 3-year-old to sleep through the night. 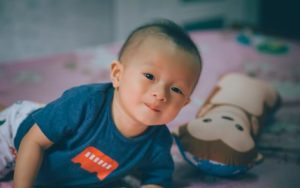 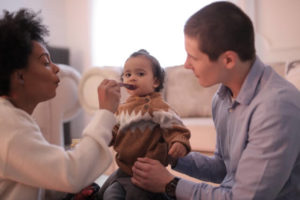 How Do I Get Better Self-Control

Losing your unborn baby can be devastating. The thought of getting pregnant again could be choked by the fear of losing another baby. It is normal to be afraid or anxious after going through loss and grief. There is hope though. A miscarriage doesn’t mean that you can’t carry another baby to term. Many mothers

What is a good first pet for a child?

Pets are a therapeutic partner. To have a pet it is important to care for them and have a healthy bond in reoccurrence. Pets are faithful towards their owner`s affectionate behavior. It is an exciting and interactive thing for kids but can be a technical thing in terms of handling. A pet that is good

Co-parenting with a difficult ex

Human beings are relational. We find satisfaction, meaning, and significance in relationships. Relationships are dimensional and diverse. Some are connected by blood while others are purely out of friendship. Different relationships require different levels of commitment. Falling in love is a beautiful thing. This new relationship brings with it joy and endless possibilities of growth

Being a parent is a remarkable and extraordinary experience. However, it is not always easy. Parents should be able to use techniques to provide guidance, nourish and encourage their children, and build their parenting confidence in a hopeful manner. Everyone agrees that children need to learn what is right and wrong and how to get

Montessori is a specific type of education that is becoming increasingly popular around the world.  Montessori teaching can start right from birth.  Parents and teachers who follow the Montessori style of education believe in allowing children to explore their environment.  They set up toys and activities that are appropriate for the children’s age, this allows

How to get your 3-year-old to sleep through the night.

Did you know, about 75% of parents are unhappy with their child’s sleep patterns?[1] I can honestly say that I easily fall into this percentage when it comes to my little 3-year-old. Whether your 3-year-old was sleeping through the night, or never did, I am here to find out not only why your child may

My one-year-old niece is used to using a smartphone while watching Coco Melon or playing games. One time, I brought my keypad phone with me. She pointed it out to borrow it, and so I let her have it. She pressed the keypad, and when she saw the screen was on, she swiped her little

Babies start to crawl at 6th month; others were at 9th.  By this stage, babies begin to develop and be more curious about anything. [1]It is proven through studies that their ability to retrieve memories at this early phase of babies’ life was already flexible. Crawling is the transitional step between sitting and walking.  As

Tips and method that are only shared in email list

We placed some amazon affiliate link on this blog and we will earn a small commission for each qualified sales at no additional cost to you. This will encourage us to write more articles to the blog. Thank you very much!